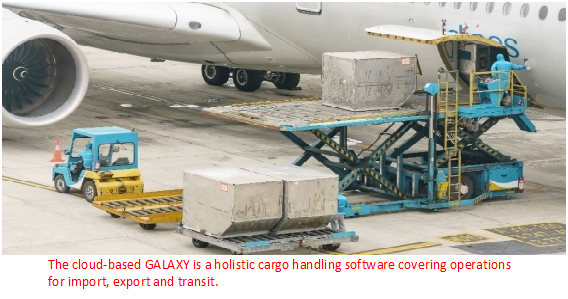 Kale Logistics Solutions announced that Adani Airports has implemented its airport cargo handling system - GALAXY in various airports across India where it won the mandate to operate.

The Adani Group forayed into the airport sector in 2019 and won the mandate to modernize and operate six Indian airports – Ahmedabad, Lucknow, Mangaluru, Jaipur, Guwahati and Thiruvananthapuram. The company is also in the final stages of acquiring majority stakes in the Mumbai International Airport (MIAL) which makes it the largest operator in terms of the number of airports managed with a combined capacity of catering to approximately 75 million passengers per annum (MPAs).

The cloud-based GALAXY is a holistic cargo handling software

The cloud-based GALAXY is a holistic cargo handling software covering operations for import, export and transit. “With GALAXY, users can experience complete automation, clear visibility, control, collaboration, and seamless integration within the stakeholder network. It is used at 80+ airports in the USA, Europe, Middle East, Africa, and India,” said the release.

Amar More, CEO of Kale Logistics Solutions said, “It’s a privilege to partner with the sought-after global conglomerate like Adani. GALAXY today digitizes more than 80 percent of India’s air cargo and over 80 cargo terminals globally. This project was a challenging one with the system to be implemented across two airports within 2 months.”

“Handlers and airports are investing in IT infrastructure automation to enhance customer experience, build operational resilience and reapportion talent from routine support tasks to higher-value activities around transformation and innovation. GALAXY is the perfect fit for this requirement. It leverages technology and cloud to create intelligent IT infrastructure, helping enterprises strengthen the digital core,” he added.