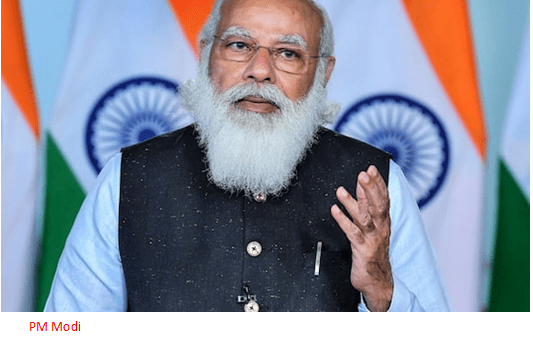 The launch of several connectivity projects and more trading points between India and Bangladesh will be key features of the two day official visit Prime Minister Narendra Modi undertakes in the neighboring country from March 26th.

The completion of the Shwadhinata Sarak the Indo bangladesh highway from the neighboring country's end, inaugration of the two kilometer long bridge across brahmaputra to provide better connectivity between Assam and Meghalya near the Bangladesh border and new passenger service between North Bengal's town of New Jalpaiguri to Dhaka are the major projects to be commissioned during the visit.

The passenger train service between North bengal andBangladesh will be the third in the series and will take the Chilahati Haldirbari rail link route which used to be active till the Indo Pakistan conflict of 1965.

The Swadinata Sarak cross country high way is currently available till the Indo Bangladesh border point. The highway is being extended to Mujibnagar in the Bangaldesh end so that it becomes full fledged highway between the two countries.

Modi’s visit may see the inauguration of a bridge over the river Feni connecting South Tripura with Ramgarh in Bangladesh. The bridge—about two kilometres long whose construction was started in 2017 —is seen as key for a seamless connection with Bangladesh’s Chittagong port.

The launch of more border trading points and connectivity projects linking India and Bangladesh is expected to be among key takeaways from Prime Minister Narendra Modi’s visit to India’s closest regional neighbour later this month.

Prime Minister Modi is expected to be in Dhaka on March  26-27  for the centenary celebrations of Sheikh Mujibur Rehman, the father of the nation, the 50th anniversary of the birth of Bangladesh and five decades of diplomatic ties between India and Bangladesh.

Dhaka is India’s biggest development partner, with New Delhi having extended three lines of credit worth $ 8 billion in the past eight years for development of roads, railways, shipping, ports and other infrastructure.

One of the takeaways expected from Modi’s visit is the inauguration of more “border haats" or trading markets. Last week, Bangladesh high commissioner to India Muhammad Imran visited Assam and Meghalaya. In Meghalaya Imran discussed the possibility of opening up new trading points along their common border. There are already four such points each in Meghalaya and Tripura.

The opening of new border haats is aimed at increasing trade between India’s landlocked northeast and Bangladesh besides promoting people-to-people contact.