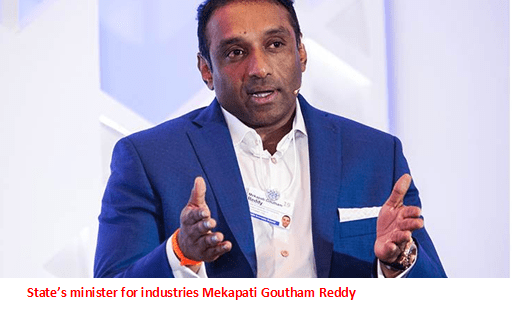 Andhra Pradesh  government is focusing on creating infrastructure such as Industrial Corridors, industrial parks, Ports, Airports coupled with improving educational facilities, health care, skill development and capacity building so that youth get to reap the fruits of rapid industrialisation.

Addressing a virtual conference on business opportunities with largest source of funding on March fifth, the state's minister for industries Mekapati Goutham Reddy exuded confidence that the conference will help create awareness of developmental projects being undertaken in India by Multilateral Development Banks.

The number of MSMEs in AP could be doubled due to the support extended by the government during the Covid-19 crisis, the Minister said. The Asian Development Bank (ADB), which is funding the Visakhapatnam-Chennai Industrial Corridor, India’s first coastal corridor, is complementing the government’s efforts to enhance industrial growth and job creation.

“We recently concluded the agreement with the New Development Bank (NDB) for two road projects worth 646 million US dollars— double-laning of 1,600-km-long State highways and dilapidated bridges reconstructed on the State highway network. Andhra Pradesh Mandal Connectivity and Rural Connectivity Improvement Project comprising double-laning of 1,400-km-long district roads and reconstruction of bridges on the district road network,’’ he explained.

Vizag Metro is picking up pace

“Vizag Metro is picking up pace and the project cost is around Rs 16,000 crore. We are also exploring various funding options,” he said.  The government is looking at ways in which MDBs can have more skin in the game—partial enhancement or project guarantee, instead of full risk borne by the government.