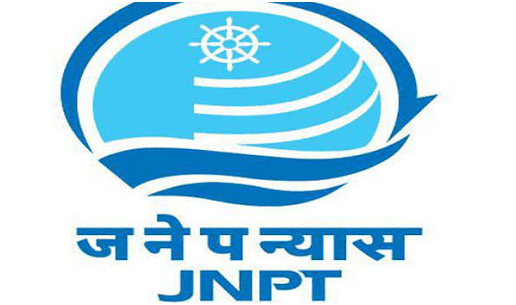 JNPT hogs limelight at the Maritime India summit: Signs over 30 MOUs valued around rs 27,000 crores at the summit

The Leader in Container Shipping among the state owned ports of the country, JNPT near Mumbai has signed over 30 Memorandum of Understanding with potential investors for Port Projects, technology transfers and development of plots in the Port's special economic zone to the tune of about rs 27,000 crores.

The MOUs were signed during the recently concluded Maritime India summit which concluded earlier this week.

Companies that signed MoU with JNPT

On behalf of JNPT, the MoUs were signed by Chairman of the Port Sanjay Sethi, in  the presence of the d eputy chairman of the port Unmesh Sharad Wagh.

JNPT-SEZ is expected to generate Rs 4,000 Crores of investments and create 57,000 direct jobs

Speaking at the summit Mr Wagh highlighted, how JNPT-SEZ is expected to generate Rs 4,000 Crores of investments and create 57,000 direct jobs and generate total employment with multiplier effect to the tune of 150,000, generating substantial employment opportunity once fully occupied.

The port's deputy chairman Wagh also highlighted how Vadhvan Port will be a Game Changer for the Maritime Industry in India.

The three day long, ‘Maritime India Summit 2021’ concluded on March fifth with great enthusiasm and fervour, also with new hope and abundant opportunities in the maritime sector. As India aims to emerge as a leading Blue Economy of the world, the summit witnessed MoU signings, and investment opportunities.

MIS 2021 provided a powerful platform for international collaboration and helped bring in partner countries for mutual exchange of knowledge and opportunities.

Mr Sethi, shared his thoughts on the importance of Developing Mega Ports with world-class infrastructure whilst Developing Smart Ports to improve Ease of Doing Business and the impact of Digitization of the Ports and Terminals at the Maritime India Summit

The Chairman elaborated in brief on the impact of Digitization of the Ports and Terminals – Artificial Intelligence, IoT, 5G led transformation and Evolving models for port development: PPP and landlord model.

Mr Sethi was also one of the conveners for the 5th Plenary Session, ‘Port-led Industrialization: Building Port Cities and Maritime Clusters’. During the session he highlighted the importance of leveraging the port ecosystem for industrialisation, port cities transition processes in metropolitan port development. Considering the significance of maritime infrastructure to India’s economy and to leverage India’s natural maritime advantages, the Government of India has crafted the vision of ‘Sagarmala’ and is pushing for ‘port-led industrialization’.

Ports play a crucial role in reforming India’s economy, aiding in achieving development goals and establish itself as a strategic trade hub. JNPT has systemically invested in enhancing its operational efficiency, technological advancements, and innovations to enable seamless trade. This will unlock new avenues of prosperity for the EXIM community and the stakeholders and help JNPT become the Port of Choice for the Exim Trade.