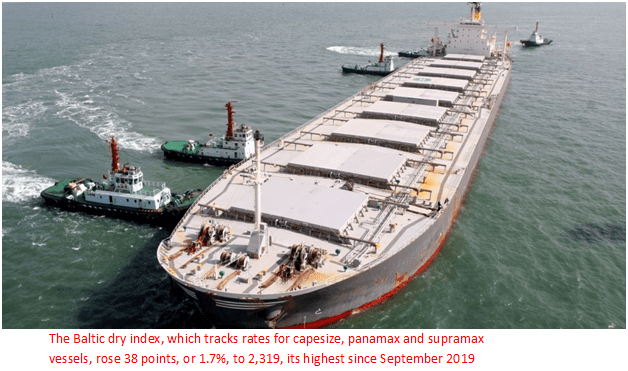 *? Average daily earnings for capesizes, which typically transport 150,000-tonne cargoes such as coal and steel-making ingredient iron ore, rose $314 to $19,751.

* Markets eyed the possibility of further production cuts in the top steel-producing city of Tangshan in China, which accounts for more than half of the world’s steel output.

* Earlier this month, China vowed to go after violators of air quality rules in its steel industry.

* The supramax index rose 11 points to 2,133, its highest since at least April 2017, according to Refinitiv Eikon data.