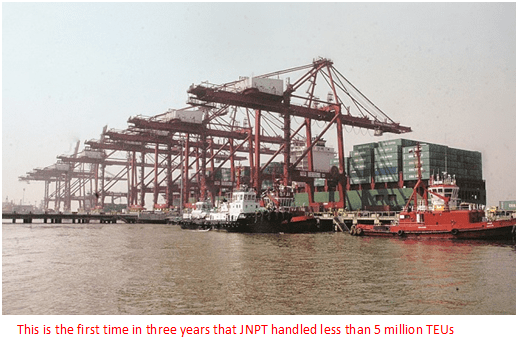 Container volumes at JNPT dip 7 per cent in FY21

This is the first time in three years that JNPT handled less than 5 million TEUs.

JNPT has five container terminals, of private entities run four, while the port trust itself runs the fifth.

Of the 4.676 million TEUs handled in FY21, Gateway Terminals India Pvt Ltd (GTIPL), the facility run by a joint venture between A P M Terminals Management B V and Container Corporation of India Ltd (Concor), emerged the top terminal yet again by handling 1.668 million TEUs, a drop of 15.94 per cent from the 1.985 million TEUs in FY20, according to JNPT.