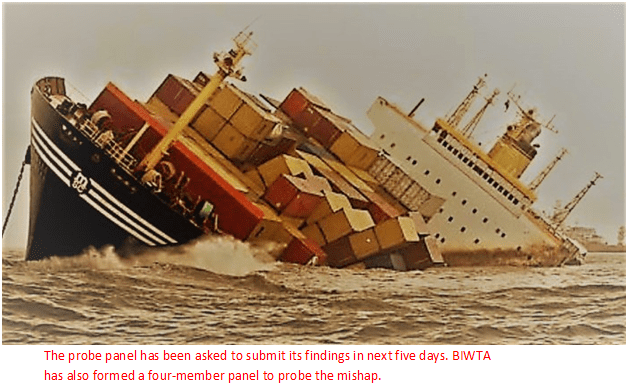 At least 27 people died after a small launch carrying over 100 passengers capsized after colliding with a cargo vessel in Bangladesh's Shitalakkhya river, officials said on April 5th. The incident took place on April 4th evening at Narayanganj district, about 16 km southeast of Dhaka.

While five bodies were recovered on April 4th, rescuers retrieved 22 bodies on April 5th as a salvage vessel pulled out the launch with the help of a huge crane around midday, rescue officials said.

The salvage operation is ended

The passenger vessel, ML Sabit Al Hasan, sank after colliding with the cargo ship, SKL-3, at the mouth of the Syedpur Koyla Ghat on the Shitalakkhya River in Munshiganj. The launch was en route Munshiganj. Quoting police and onlookers, the Bangladesh's influential daily Dhaka Tribune reported that the cargo vessel fled the scene after the collision.

The probe panel has been asked to submit its findings in next five days. BIWTA has also formed a four-member panel to probe the mishap. The launch had an estimated 150 passengers.

Port Police Officer-in-Charge (OC) confirmed that 50-60 of them were able to swim in the two banks, but three of them had to be rushed to the hospital.