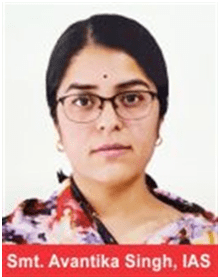 The historical significance of the day remains as it was on this day in 1919 (i.e. about a century ago) that the history of Indian Shipping started when SS Loyalty – the first ship of The Scindia Steam Navigation Company Ltd – sailed to London (UK) from Mumbai. Besides this historic significance, the day also focusses on defending and preserving the maritime zone of the country.

The Gujarat Maritime Board (GMB) - a Government of Gujarat undertaking, and the first maritime board of India responsible for development, administration, operation and regulation of all the Non-Major Ports in Gujarat - commemorates this occasion every year.

Besides, this day also marks the GMB’s foundation day. Thus, every year GMB celebrates this day with double the zeal. However, it did not do so this year due to the COVID 19 pandemic. Although the COVID 19 outbreak has dampened the festivities at GMB, the spirit of GMB’s employees remains untouched.

GMB along with its employees remain energetic to thrive against the challenges, while adapting to the current scenario.

On behalf of the GMB’s leadership, Smt. Avantika Singh, IAS, Vice Chairperson & CEO, addressed the gathering of the employees by reflecting on the GMB’s journey so far as well as highlighting the various strategic initiatives that the organization has embarked upon which are beneficial in fortifying the maritime sector of Gujarat. She informed the gathering about the key successes achieved by GMB in the preceding year, both in terms of development of the state’s maritime sector, as well as international organizational development at GMB.

She expressed great pride at the fact that, despite the slowdown in global maritime trade in FY 2020-21, mostly weighed down by the COVID 19 pandemic outbreak which started in the late 2019, the Non-Major ports in Gujarat collectively handled about ~ 388 MMT (FY2020-21), down by only 6% as compared to last year. However, when speaking in terms of Indian context, despite the challenges weighed down by the COVID 19 pandemic outbreak, GMB has been successful in retaining its substantial contribution to the nation’s maritime trade which is likely to be about ~30% as it was in the preceding year.

Concerning the ambiguous future in these distressed times, GMB acknowledges the changing landscape of the global maritime trade. It, nevertheless, looks to surge ahead and further strengthen Gujarat’s position in the maritime industry and support the holistic development & upliftment of the sector by facilitating various innovative and strategic projects (which are in various stages of implementation), such as   Gujarat Maritime University,  Gujarat Maritime Cluster, Gujarat International Maritime Arbitration Centre .

Smt. Avantika Singh lastly called upon the employees to maintain their valuable contribution to the organization’s success in the times to come.

As GMB steps into the 40th year of its operations, it pledges to remain committed in providing business friendly environment which will assist in the overall development of the maritime industry as well as the economy, thereby, bringing more laurels to the state as well as the nation.