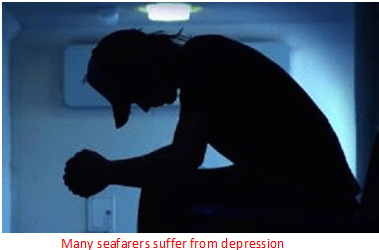 A seafarer onboard a container ship sent a call for help to IMO on 12 April 2020. His contract, which was due to finish at the end of March, had been extended for another month. The seafarer claimed that his company was failing to take action to change crew, even though government assistance made that option possible.

The main thing is our psychological health

While the seafarer recognised that he and his colleagues were not in a critical situation physically, he described serious impacts on their mental health. "We have meals, everything is okay, but the main thing is our psychological health", the seafarer told IMO's Seafarer Crisis Action Team (SCAT) in his first email.

The SCAT referred the seafarer to the relevant national maritime administration and trade unions, while also bringing the matter to the attention of the flag and port States concerned. This diplomatic intervention helped resolve the case, and the flag State confirmed it would assist the seafarer with his contract and repatriation.

The seafarer and another crew member were able to return home safely in May.

In an email, the seafarer warmly thanked a SCAT team member for his help and support, writing: "you are really a man with a big heart". ​