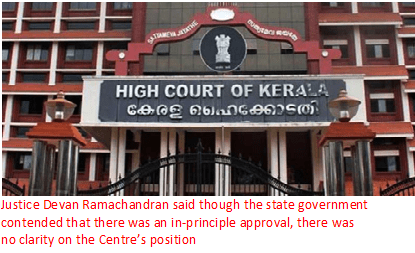 The Kerala high court on Wednesday 12 Jan directed the Union government to make its position clear on the high- speed rail project, K Rail, and stayed the process of laying boundary stones of the project in violation of the Survey and Boundaries Act ahead of the social impact study.

There was no clarity on the Centre’s position

While hearing a bunch of pleas, Justice Devan Ramachandran said though the state government contended that there was an in-principle approval, there was no clarity on the Centre’s position.

Besides opposition many green activists also opposed the big budget project saying it will be a disaster for the state. They said government conceived the idea when climate experts and others warned it will face recurring calamities due to climate change, they said.