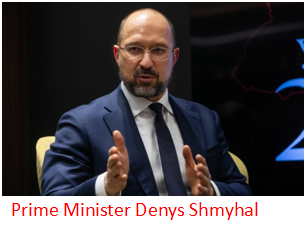 Ukraine loses $170 million every day it is cut off from access to the sea and the national export capacity had been more than halved, Prime Minister Denys Shmyhal said on Monday 9 May.

"Ninety million tonnes of agricultural produce, which Ukraine planned to export to countries in Asia, Africa, and Europe, have been blocked," Shmyhal said in the southern port city of Odesa, speaking alongside European Council President Charles Michel.

Shmyhal said some produce had been exported on road or rail, but some other reserves remained in areas under shelling, or had been captured by Russia.