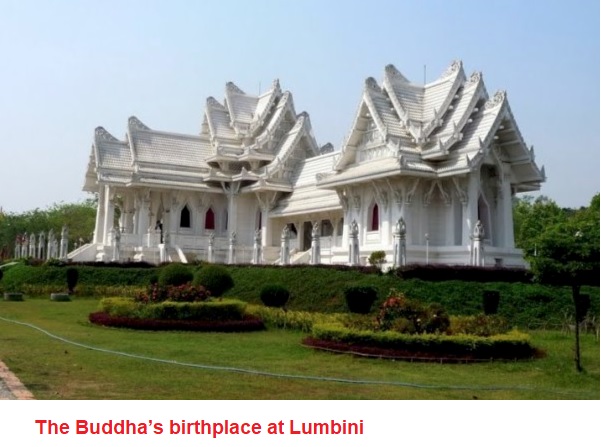 Nepal has inaugurated a Chinese-built airport on May 16th intended to capitalize on Buddhist tourism.

But Prime Minister Modi landed a few kilometers away to mark the birth, enlightenment and death of the religion’s founder. Prime Minister flew by helicopter directly from Kushinagar airport in Uttar Pradesh bordering Nepal to the Buddha’s birthplace at Lumbini, bypassing the new facility as his Nepali counterpart Sher Bahadur Deuba inaugurated it.

The sequence of events illustrates the competition for influence in the landlocked Himalayan country by its two giant neighbors.

Nepal has traditionally done a balancing act between New Delhi and Beijing.

The 76 million US dollars airport project in Bhairahawa, the closest city to Lumbini, is funded by the Asian Development Bank and OPEC Fund for International Development but built by China’s Northwest Civil Aviation Airport Construction Group. After Nepal’s Prime Minister Deuba opened it alone — only the country’s second international airport — the two prime ministers offered prayers together at Lumbini’s Mayadevi temple, dedicated to Buddha’s mother.

The existing Kathmandu airport has reached a saturation level that no new flights could be operated from there. The international tourism traffic to Nepal is on the rise at the end of corona pandemic. The new airport is expected to cater to the growing needs of international tourists. The new airport near Lumbini has a capacity to handle two million passengers a year. It is expcted to ease the travel for Buddhist pilgrims from all over the world

Lumbini, is visited by thousands of buddhist pilgrims every year and plans to establish direct air links to countries with significant Buddhist communities, such as Cambodia, Thailand, Laos, Sri Lanka, Myanmar and India.