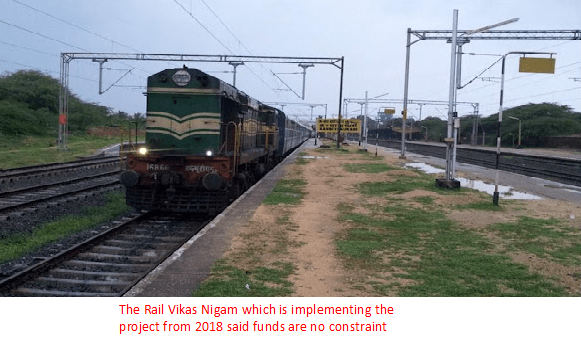 Chennai to Kanyakumari by train in 7 hours flat soon

Once this project is completed by August 2023, Chennai Egmore Kanyakumari railway will have double tracks fully electrified, capable on running trains at an average speed of 110 kilometers per hour. Modernization of signaling in this 700 kilometer track covering the entire length of Tamil Nadu is also under consideration of the Southern railway. Super fast trains could cover this distance in about seven hours as against ten hours at present.

Total cost of doubling of railway tracks and electrification in Madurai Tuticorin section works out to Rs 1890 crores and between Maniyachi and Nagerkovil Rs 1752 crores.

Simultaneously work is on doubling and electrification to Kannyakumari and Tiruvananthapuram section via Nagerkovil is on. The project is delayed considerably since land acquisition is a major problem in Kerala. This railway line will provide connectivity to Vizhinjam port under construction at Balaramapuram.