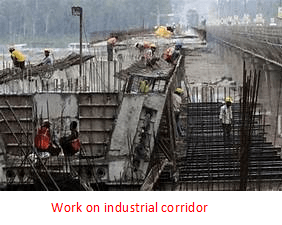 Industrial corridors to come up at Central and North Kerala soon

The LDF government in Kerala is committed to completing two industrial corridor projects Kochi- Palakkad and Kochi- Mangaluru in an effort to strengthen the hinterland for the Kochi port. It has also decided to take up the Silver Line semi high speed train project which would help the corridor projects the state chief minister Pinnarayi Vijayan said

Mr.Vijayan underscored the resolve of the LDF government, which is entering its second year in office, to complete four major infrastructure projects including the ambitious SilverLine during its present tenure.

The projects are the Kochi-Palakkad and the Kochi-Mangaluru industrial corridors, Thiruvananthapuram Capital City Region Development and the Silver Line semi high-speed rail line, the CM said in an article on the eve of the second anniversary of his government.

The chief minister said the social impact assessment survey is currently under way in districts through which SilverLine is proposed to pass. He promised maximum compensation for owners of land that would be acquired.

The chief minister said the Union finance ministry has given its approval to go ahead with the preliminary works associated with the project. Development of national highway, hill highway, coastal highway, Wayanad tunnel and south-north national waterway will be completed, Pinarayi said. He added a transgrid project worth `10,000 crore will be launched to transform Kerala into a power-sufficient state.

The CM said eliminating poverty, addressing unemployment, increasing the income of farmers by 50%, protecting the public sector and traditional industries, and ensuring at least `10,000 crore of private investment in the state was also among the government’s plans. Developing the state into an electronic and pharmaceutical hub, encouraging value-added industries such as food processing and doubling the tourism market are the other priorities, he said.