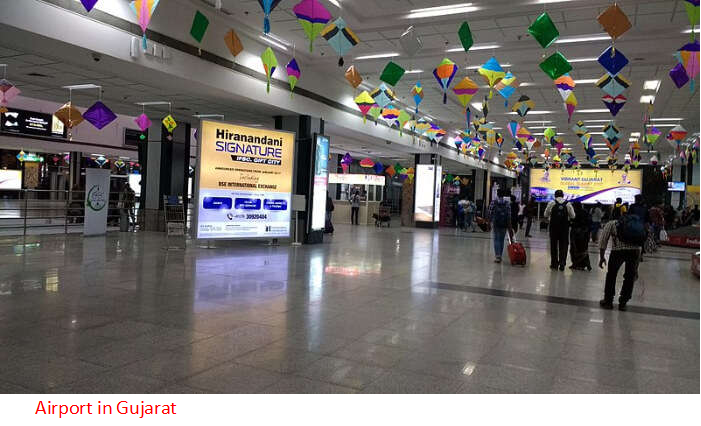 Gujarat will have one more International airport

Gujarat will have one more International airport as part of the centre’s effort to tone up the infrastructure of the state. A Greenfield airport is being constructed at a North Gujarat town of Rajkot at a cost of rs one thousand five hundred crores by the central government owned Airport authority of India.

Spread over nearly 3000 acres, the location of new airport will be on the Rajkot Ahmedabad highway.

With total built-up area of 23,000 square meters excluding basement, the terminal building of this new airport will have the capacity to handle 1800 passengers during peak hours.

AAI stated, "The city side area of the airport will also be developed for adequate parking facilities for car, taxi and buses along with landscaping. Runway length is planned for 3040 m for serving AB-321type of aircraft which will be capable of parking 14 aircraft at a time."

"This airport will aim to reduce time and cost related to logistics for multiple industries in the region.  Air connectivity to the international market will also boost the industrial growth, which in turn will generate new employment opportunities. Apart from this, the new airport will come up with lots of commercial development," AAI added.

The department said there are plans to modernize and beautify the ancient city of Rajkot, including infrastructural projects like construction of green field airport to help promote the local business houses adding economic wealth to Gujarat. The centre has recently sanctioned an All India Medical Institute and work is on in full swing to implement the project.

Gujarat has witnessed a massive upgrade of infrastructure