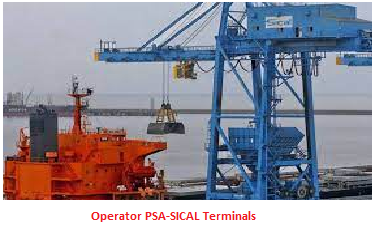 SC relief to PSA-SICAL in royalty dispute with VOC Port

In a major relief to cargo terminal operator PSA-SICAL Terminals Ltd, the Supreme Court on Friday 17 June  ordered the Shipping Ministry and the V.O. Chidambaranar Port Trust, Thoothukudi to maintain status quo, restraining the authorities from initiating any action against the firm.

PSA SICAL has been embroiled in a contentious litigation, since 2014, over the tariff charges and the royalty being paid by the cargo terminal operator to the Chidambaranar Port Trust.

On June 7, the Madras High Court had rejected the challenge by PSA-SICAL to consideration of the issue by a special committee. The port authority had also issued a termination order on the same date on June 7, to terminate the license agreement with PSA-SICAL and indicated that it would initiate the appropriate process for dispossession and recovery of dues.

With Friday's apex court order, the port authority would now be restrained from initiating any action towards the company.