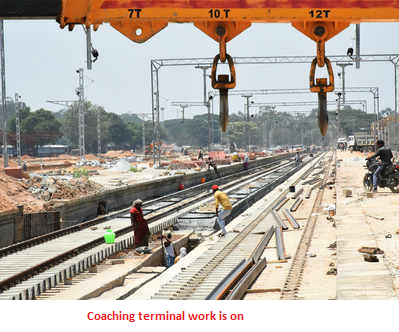 Mysuru will have a modern coaching terminal

Mysuru city will have a modern coaching terminal at Naganahalli railway station at a cost of rs 480 crores and the foundation stone for the project was laid by Prime Minister Narendra Modi on June 20th. .

The coaching terminal will also have a MEMU shed in order to decongest the existing Yard, facilitating the running of more MEMU train services and long-distance trains from Mysuru, improving both connectivity and tourism potential of the region, said officials. They added that this will benefit both daily commuters as well as those travelling on long-distance routes. Top of Form