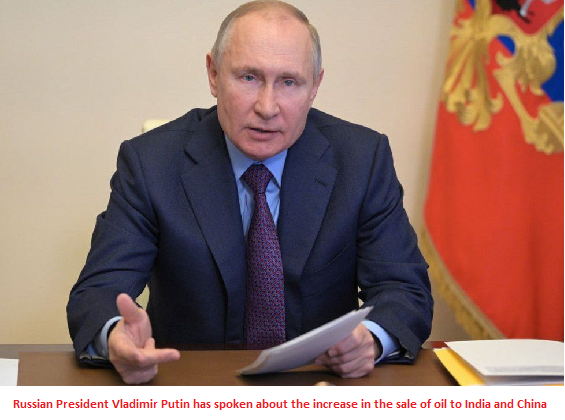 There has been a noticeable increase in the exports of Russian oil to China and India,” he said in his speech to Brics business forum on June 22nd

Russian President Vladimir Putin has spoken about the increase in the sale of oil to India and China, as well as rising trade with the members of the loosely-held group of emerging economies, since the start of Russia’s invasion of Ukraine.

Contacts between Russian business circles and the rest of the countries in the group have “intensified” Trade between the Russian Federation and the BRICS countries increased by 38 per cent – and reached 45 billion US dollars in the last three months,” he said.

Since Russian troops invaded Ukraine on February 24, the United States, Europe, Australia and Japan have imposed extensive sanctions on Russia, especially to curb the sale of its oil.

Russia has been trying to offset the loss of western markets by increasing trade with India and China.

Russia became India’s second-biggest oil supplier, pushing Saudi Arabia into third place but still behind Iraq at number one in May this year. Similarly, China’s crude oil imports from Russia rose by 55 per cent in May compared to the previous year, turning Moscow into its largest supplier.