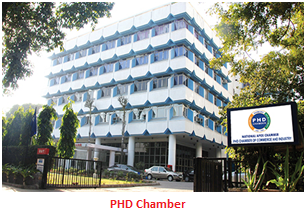 India exhibits the strongest robustness amidst the testing times of COVID-19 and geopolitical distress. In the International Economic Resilience, Indian Economy improved from 6th position in 2019 to 4th position in 2020, 3rd in 2021 and 2nd in 2022 among the top ten leading economies, said the Industry body PHDCCI.

Despite the massive disruptions in both demand and supply side factors as caused by the COVID-19 pandemic and further geopolitical distress, India, through its effective dynamic policy environment, is the only economy among the top ten leading economies which has shown consistent improvement in its macroeconomic performance during the last four years despite global economic crisis of COVID-19 and recent geo-political developments, said

Going ahead, extracting the innate robustness of its underlying fundamentals and supported by a pragmatic and encouraging policy mix, Indian economy is projected to continue to grow at the fastest rate as compared to other leading economies in the world.

As per the IMF estimates of April 2022 WEO, India’s real GDP growth rate and merchandise export growth rate for 2022 are projected to be the strongest at 8.2% and 7.0% respectively, Shri Pradeep Multani said.

At this juncture, further expansion of trade and industry would be imperative to sustain the growing economic momentum. Further encouragement to MSMEs, agricultural and manufacturing sectors to make Indian supply chains more diverse will go a long way in realizing India’s economic recovery, further strengthening its economic resilience, and thus allowing for its even faster adaptation to such unprecedented times, added Shri Pradeep Multani.