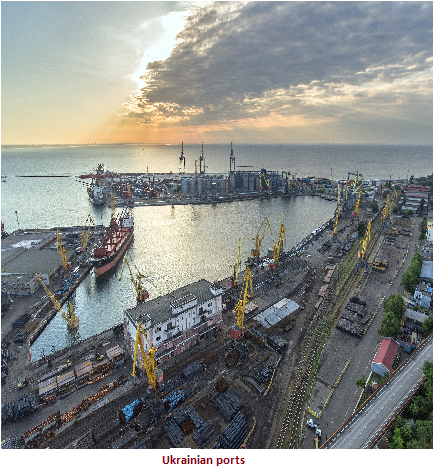 Ukrainian ports like Odessa can do business as usual since the routes to and fro from the Port will now be safer for foreign shipping to navigate and ensure large export of wheat from the war torn country according to international news channels.

For the moment, Russia’s dream of dominating the Black Sea is over said Gulf channel announcing the retreat of Russian forces from the strategic snake islands.  Months under Russia’s control, Russian forces announced that they had abandoned Snake Island on June 30th – a significant victory for Ukraine.

Russia had long struggled to hold onto the island since the beginning of invasion in February this year, as Ukraine launched repeated attacks to attempt to dislodge Russian forces. The tiny Ukrainian islet held the key to control for dominance of the eastern Black Sea since Russia invaded Ukraine in late February.

Situated 48km (30 miles) off the coast, Snake Island was seized by Russia on the opening day of the full-scale invasion.

The occupation of Snake Island is of vital strategic importance as it enables the control of approach waters to Ukraine’s last three remaining commercial ports – including its main Black Sea port of Odesa, where a Russian blockade has prevented grain exports from one of the world’s main suppliers.

Russia’s initial efforts to reinforce its presence on the island were partially successful. Air defense radar and anti-aircraft missiles helped fend off Ukrainian attacks as Russia tried to build the island up into a fortress capable of dominating the region’s air space and sea lanes.

Russia’s defense ministry described the decision to withdraw as a “gesture of goodwill” that showed Moscow was not obstructing United Nations efforts to ship grain from Ukrainian ports. But the abandonment of Snake island is a major reversal for Russia in the battle for control of the Black Sea, and shows that – despite Russian gains elsewhere – the war is far from over.

There is now every possibility that Ukraine’s minuscule navy will turn the naval war against Russia.

Anti-ship cruise missiles, both foreign and Ukrainian, plus armed drones, have made it increasingly risky for Russia’s remaining Black Sea Fleet to operate.