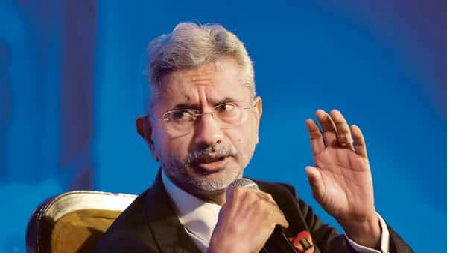 The issue of restoration of flights between India and China was discussed at the high level meeting external affairs minister Dr S Jaishankar had with his Chinese counterpart Wang Yi at the Indonesian resort town of Bali.

The flights between the two countries were suspended 2 years ago following the covid 19 pandemic but Beijing restored flights to Sri Lanka, Pakistan, Nepal and other countries but connectivity to India remain suspended. Thousands of Indian students who were studying in various universities of China remain stranded in the absence of flights.

The two leaders held an hour-long meeting on the margins of a G20 foreign ministers’ meeting being hosted in Bali by Indonesia, the current president of the grouping of the world’s 20 largest economies. “Began my day in Bali by meeting FM Wang Yi of China. Discussion lasted one hour,” Jaishankar tweeted

Both the leaders discussed “outstanding issues” related to the dragging military standoff in Ladakh sector that has taken bilateral ties to an all-time low. “Focused on specific outstanding issues in our bilateral relationship pertaining to the border situation. Also spoke about other matters including students and flights,” he said.

Jaishankar said he and Wang also had “shared perspectives on the international situation and its impact on the G20 deliberations”.

There was no immediate official readout on the meeting, the fourth between Jaishankar and Wang since the standoff along the Line of Actual Control (LAC) began in April-May 2020.