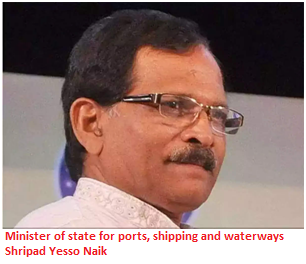 The minister said that roping in private players has helped in improving the efficiency of the port sector and increase earnings.

“PPP mode has become the perfect mode of infrastructure development. While we celebrate these fruitful 25 years, we need to further strengthen the existing and future PPPs by providing a supportive environment,” he said.

When the port privatisation programme was flagged off in 1997, the minister said, the port sector witnessed new investments including those from overseas.

“PPP projects in the ports sector are of great significance in making Indian ports more competitive and thereby strengthening India’s position in international trade,” he said.

To drive the economic transformation through the modernisation of port infrastructure requires expansion and upgradation of berths, construction of new berths and terminals, automation of port operations, among others, the minister said.

“As we embark on a new era of economic resurgence, bolstered by port-led development, we look forward to streamlining initiatives to promote private participation,” Naik said.

JNPA chairman Sanjay Sethi, in his address, said that PPPs bring in the benefits of private sector expertise and cost-effective technologies with efficiencies in operation.

In the 25 years of execution of the PPP model, there has been advancement in functional efficiency, management practices and capacity addition in the Indian port sector, he added.