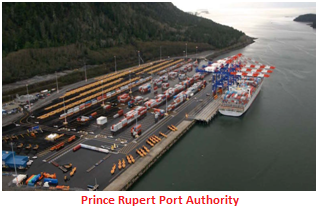 DP World Prince Rupert has engaged AECOM, an infrastructure consulting firm, to conduct a feasibility and design study for the development of a second container terminal at the Port of Prince Rupert on Canada’s Pacific Coast.

AECOM’s work is intended to determine the technical and financial feasibility of developing the terminal, and provide the baseline studies that will be required for environmental approvals.

The second terminal, which will be fully electric, is anticipated to double the Port of Prince Rupert’s overall container capacity, adding at least 2m twenty-foot equivalent units annually.

“The second terminal is core to the Port of Prince Rupert vision to grow capacity in support of Canada’s trade expansion ambitions in the Indo-Pacific region while also contributing to greater resiliency in Canada’s import and export supply chains,” said Shaun Stevenson, President and CEO of the Prince Rupert Port Authority.