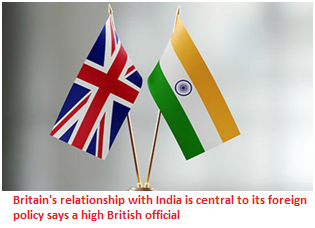 FTA negotiations between India and UK at an advanced stage

Negotiations between Britain and India for a Free Trade Agreement (FTA) are "well advanced", with the next round of talks set to commence very soon, a UK Foreign Office minister said during the debate in Parliament here, asserting that a strong deal could boost the country's economy.

Lord Tariq Ahmad, the UK Foreign Office Minister for South Asia, also said Britain's relationship with India is central to its foreign policy and as one of the world's biggest economies it is a key partner.

He confirmed that negotiations for a bilateral free trade agreement (FTA) are "well advanced", with the next round of negotiations set to commence very soon.

"It is true that, as we set up and strengthen this relationship, the United Kingdom's relationship with India is central to UK foreign policy," said Ahmad. "As one of the world's biggest and fastest-growing economies, India is a key partner to the UK. We are also looking at lowering non-tariff barriers on medical devices to benefit British exporters, and are well advanced in our negotiations for an ambitious and balanced free trade agreement," he said.

A strong trade deal with India could boost the UK economy by billions of pounds over the long term, helping families across the country, he said.

"As an update, we have now completed six rounds of negotiations for a trade deal and will begin the next round very soon. Several noble Lords talked about timelines.