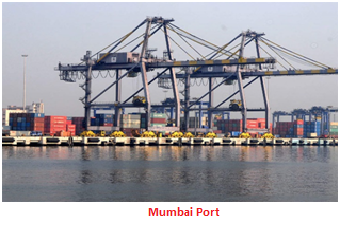 The Mumbai Port has filed a complaint with the local police after electronic components worth Rs 24 lakhs went missing from one of its sheds at Indira Docks.

According to the police, the FIR was registered based on a complaint submitted by a Port official. In his complaint, the official said that the electronic parts were ordered from Gujarat in order to assemble and install two transformers on the Port properties. The parts were received in January 2021 and stored in the shed number 12A ID.

The theft was noticed in October and port launched internal investigations and a report was prepared in December which said a total of 94 parts, including bars, cables and other items, worth Rs 24.18 lakh were missing from the shed. Based on the report the Port administration approached the police and an FIR was registered against unknown persons for theft. The Port authorities submitted a detailed inventory of the missing parts as well as a copy the Port official’s report.

“Shed superintendents are given duties in rotating shifts at the docks, and our responsibility is to keep an eye on the goods that are imported and exported. However, as the 12A ID shed is very large and there is not enough manpower, watching all the goods is not possible. Since the shed’s doors are very old, they do not shut anymore and hence, the shed is always open,” the port official’s report was quoted by local media reports.

“Due to the complete lack of security at the shed, the parts could have been stolen over a period of time by anyone who had regular access to it. We are making inquiries with all such persons and also checking for any relevant CCTV footage.