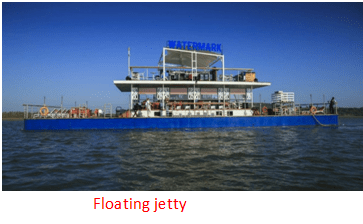 The Centre will set up a modern floating jetty on the northern bank of the Brahmaputra River in Assam’s Sonitpur district to facilitate movement of cargo and passengers via waterways, Union Minister Sarbananda Sonowal said.

The union government has prepared a plan to build such a facility at the historic Biswanath ghat, he said.

Once the proposed floating jetty is operational, it will facilitate the docking of three ships simultaneously, Sonowal said, while interacting with BJP workers here on Saturday 21 Jan.

“The new jetty will help the local economy flourish, as farmers and traders will be able to transport and export their produce via waterways,” Sonowal, the shipping minister, said.

The Centre’s ‘Act East’ policy has made “wonders for the economic revival of the region in the global trade map”, he said.

“By reenergising our traditional routes of trade via the Brahmaputra River, we have a tremendous opportunity to regain our glory as an important hub of trade in this part of the world,” he said.