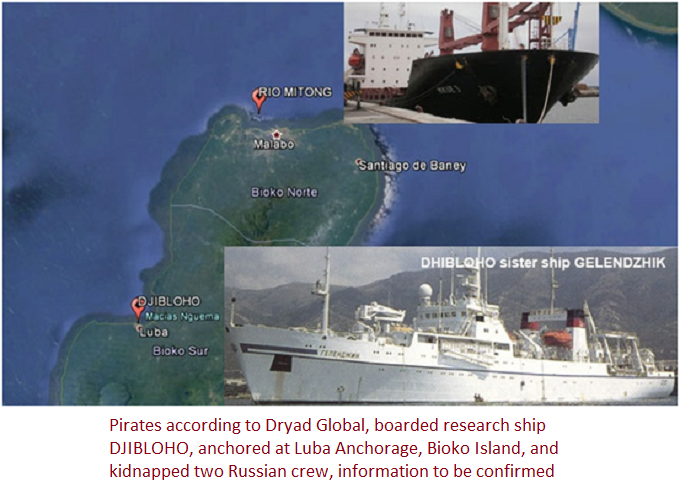 Another ship was attacked in Equatorial Guinea waters at the same time RIO MITONG https://www.fleetmon.com/maritime-news/2020/29609/general-cargo-ship-attacked-russian-and-ukrainian-/ was attacked off Malabo Anchorage, at 0200 UTC May 9. Pirates according to Dryad Global, boarded research ship DJIBLOHO, anchored at Luba Anchorage, Bioko Island, and kidnapped two Russian crew, information to be confirmed.

Ship’s AIS is off since late 2019, she was formed Soviet/Russian geology research ship, so presence of Russian seamen or technicians is of no surprise.