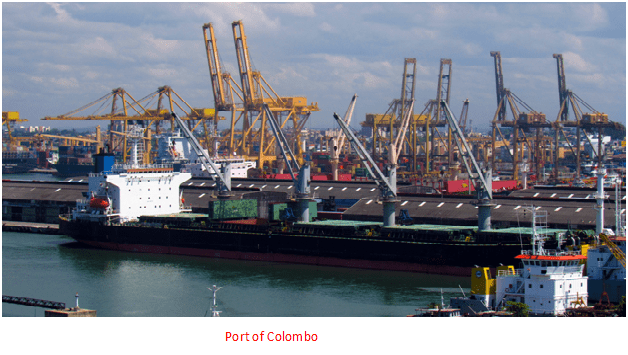 The Sri Lankan ports of Colombo, Hambantota and Galle have little or no deviation cost for ships traversing the East West Main Sea Route (MSR) and best suited for landing cargo than any other port in the region.

MSR between the Far East and Europe is the largest and busiest maritime trading lane in the world. Like Singapore and Tanjung Pelepas in the Straits of Malacca, Sri Lanka sits bang on the East-West MSR.

An estimated 650+ ships pass by Sri Lanka along the MSR daily, an  indication of the potential that the island nation could reap, Romesh David Chief Executive officer at South Asia Gateway terminal in the Port of Colombo was quoted by the Sri Lankan media.

On ‘Port of Colombo-opportunities for Sri Lanka’, he said the Colombo Port is already a well-established hub among global shipping lines for container transshipment. It is also reasonably well established as a location for boarding and disembarking of sea Marshals. It is however well established for many other aspects that make up a maritime hub and are generally associated with competing with transshipment hubs such as Singapore and Dubai.