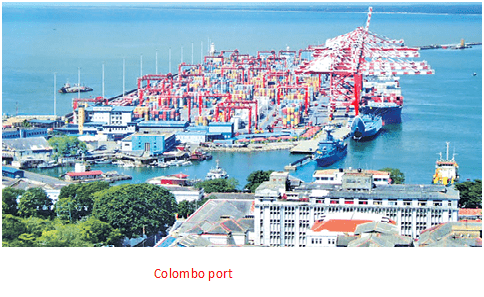 At least 75 Customs personnel in various ranks had been placed under quarantine since eight of its officials tested positive of Covid-19 virus as of yesterday. Customs Spokesman Additional Director General Sunil Jayaratne told the Sri lankan media that altogether eight of their officials had been tested positive with the virus on November Sixth.

Out of the infected officials three were Customs Inspectors and five were Assistant Superintendents of Customs.

Following the eight officials being tested positive, over 75 Customs personnel in various ranks had been sent on compulsory quarantine, the Spokesman said.

Meanwhile, 11 employees of the Colombo Ports Authority had been tested positive and over 150 had been sent on quarantine, the authority said on November Sixth sending shock waves in the Port area.

The first two Customs Inspectors were found positive on October 21, while they were stationed at the New Container Gate (NCG), which is the main entrance on the Port Access Road linking Ingurukade Junction and the Port.