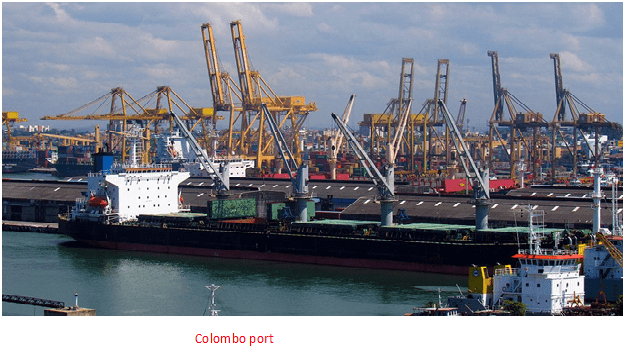 Cargo handling operations in Colombo Port which handles nearly 75 percent of Indian cargo especially imports was seriously affected as substantial number of wharf clerks absented from work due to curfew restrictions imposed by the island government to control the spread of coronavirus.

A senior official at the Customs  that the turnout of wharf clerks to duties with the lifting of the quarantine curfew in the Western Province was very poor and as a result the clearance of import cargo had been significantly affected on November nineth according to Sri Lankan media reports.

From over 400,000 wharf clerks in the country about 75 per cent had not reported to work

Additional Director General of Customs and its Spokesperson Sunil Jayaratne said from over 400,000 wharf clerks in the country about 75 per cent had not reported to work as they were not being allowed to come out of the new isolated areas in 25 police areas in Colombo, Gampaha and Kalutara districts and about 12 police areas in Colombo City itself.

The official said that although the quarantine curfew was in place for the entire Western Province during the last ten days, the turnout of the wharf clerks was as usual as they had the opportunity to report to work on their personal vehicle or motorcycle producing identification of performing essential service.

However, when a new set of isolated areas was announced to remain in place indefinitely since Monday (09), most of the wharf clerks had failed to report for duty yesterday, the official said.

Nevertheless, priority had been given to the clearance of cargo pertaining to the Board of Investment of Sri Lanka and other imported material.  Essential food commodities like onion, potatoes, sugar with garments, cosmetics, etc. top a main portion of the country’s daily imports, whereas ready-made garments, tea, spices and specialised local food for Sri Lankan expats living abroad are the main exports.