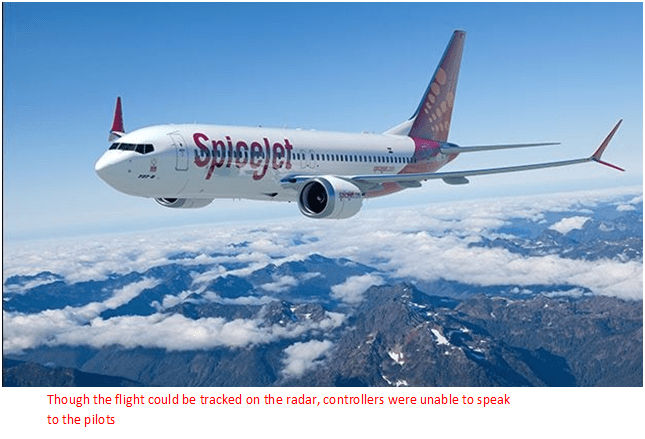 The directorate general of civil aviation has ordered an inquiry into the communication failure on a SpiceJet flight from Kolkata to Chennai that had controllers in Kolkata on tenterhooks.

Flight SG 7052 took off from Kolkata at 12.15am on Sunday. After flying for 33 minutes, it suddenly went incommunicado at 12.48am. Though the flight could be tracked on the radar, controllers were unable to speak to the pilots. They tried an emergency frequency and another one reserved for communication between pilots of different flights but there was no response.

“We could see the plane on the monitor. But we could not pass any instruction to the pilots. The VHF system at our end was perfect because we were communicating with other planes. The pilots on the SpiceJet aircraft were either unable to hear us or not able to transmit the response,” said an official.

It was at 1.40am that the ATC at Vizag informed the controllers in Kolkata that they had established contact with the plane.

The DGCA probe will check how the radio link was lost and how it was re-established.