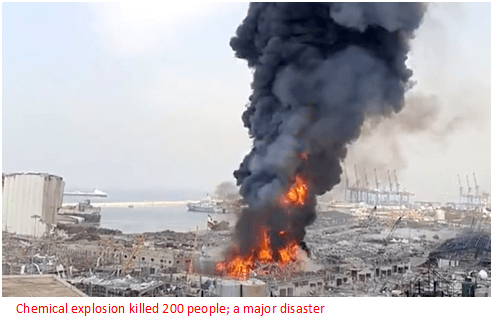 CMA CGM not alone; other companies looking at the huge project

CMA CGM is not alone in being linked to resuscitating the Lebanese port. On Friday, German companies presented a separate multi-billion-dollar plan to rebuild Beirut’s port while Chinese interests and Dubai’s DP World have also been reported looking at the huge project.

The $7.2bn German proposal comes from a consortium including Hamburg Port Consulting and real estate company Colliers International and calls for the port to be moved away from the city centre.

A tender to run a container terminal in the Lebanese capital is set to restart later this month with both CMA CGM and MSC tipped to bid.