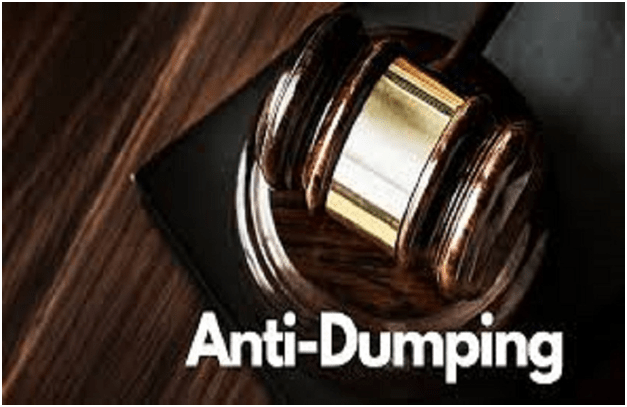 The Commerce Ministry has recommended imposition of anti-dumping duty on a certain type of rubber imported from China, European Union, Japan, and Russia, in order to guard domestic manufacturers from cheap inbound shipments.

Based on the recommendation of the commerce ministry the Central Bureau of Indirect Taxes and Customs (CBIC) a wing of the finance ministry will levy the anti dumping duty and notify it.

Directorate General of Trade Remedies (DGTR) has recommended the duty after concluding in its probe that ''Acrylonitrile Butadiene Rubber'' from these regions has been exported at dumped prices into India, which impacted the domestic industry.

"The authority recommends imposition of definitive anti-dumping duties on import of subject goods originating in or exported from subject countries," DGTR has said in a notification.

The recommended duty is the difference between the landed value of the product and  2,086 US dollars per ton.

The product is used in the manufacture of various rubber articles where resistance to oil, abrasion and heat applications are involved, such as oil seals, hoses, automotive products, gaskets, rice dehusking rolls, printers, and fabrics.

The anti dumping duty is imposed only after a thorough investigation by a quasi-judicial body, such as DGTR, in India. The levy is  permissible under the World Trade Organization (WTO) regime. The duty is aimed at ensuring fair trading practices and creating a level-playing field for domestic producers vis-a-vis foreign producers and exporters.