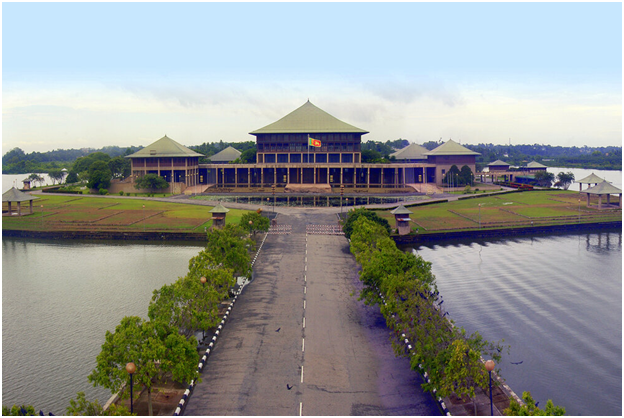 The Sri Lankan Parliament is set to discuss the controversial Colombo Port City Economic Commission Bill, in the special parliamentary sittings next week amidst stiff resistence from the opposition.

This comes after a Committee on Parliamentary Business decided to convene the Parliament from May 18 to May 20 in line with the Covid 19 health regulations according to Sri Lankan media reports..

Amid criticism from opposition parties, Sri Lanka has unveiled a contentious draft law for a Colombo Port City Commission which allows for sweeping tax breaks, tax-free salaries and be an offshore financial centre.

The  1.4-billion US dollars Colombo Port City project is slated to be the single largest private sector development in Sri Lanka from a Chinese company.

There have been concerns in the island nation about Beijing seeking to increase its footprint in the country through contentious infrastructure projects.

Sri Lanka`s Supreme Court is currently hearing several petitions against the Bill that will give special  status to the chinese company in the Colombo Port city.

"I have three main issues. One, the draft is to create a private company. The commission is actually a privately held corporate body run by five-seven commissioners appointed by the President."

"Two, the regulation is by the Commission. That is a recipe for disaster in today`s tough global anti-money laundering environment. If we are to attract top financial names we must have credible regulation," he added.

He further objected to the draft, saying that it takes away Parliamentary control over Port City in fiscal policy.

The agency running the Port City would have extensive powers to exempt businesses from taxes of up for decades.

This comes at a time when Sri Lanka`s tax revenues have plunged in 2020, raising concerns over debt and the fiscal path, credit downgrades and the ability of the government to provide vital public services to the people, while managing loss-making state enterprises.