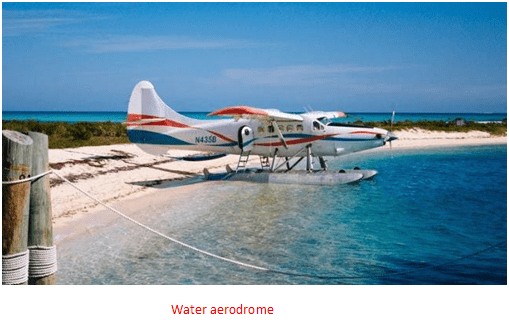 Gujarat is among the select states in the country where  the sea plane infrastructure is being toned up even as 14 Water aerodromes are under construction at an investment of Rs 450 crores.

These water aerodromes likely to be commissioned within a year

These aerodromes are coming in Gujarat, Assam Andhra Pradesh and Telengana besides some islands. Of these two of them are not coastal states. These water aerodromes are at various stages of development and likely to be commissioned within a year according to sources

As many as 28 seaplane routes have been awarded so far under the Regional Connectivity Scheme-UDAN, with a substantial component of central subsidy.Bids are under evaluation for 78 more seaplane routes

Prime Minister Narendra Modi had launched the country's first seaplane service in October last year between the Sabarmati Riverfront in Gujarat's state capital Ahmedabad and the Statue of Unity in Gujarat, looking to bolster the state’s tourism under the subsidised Udan scheme.

SpiceShuttle, a subsidiary of aviation player SpiceJet, operated the route using a Twin Otter 300 seaplane, which can accommodate up to 19 people including the crew.

SpiceShuttle operations stopped due to lockdown; operations yet to start

Four flights between the two destinations were being operated daily — with each ticket costing Rs 4,800 — till April this year, when the second wave forced parts of the country into lockdown. The operations are yet to restart.

The Ministry of Civil Aviation and the Ministry of Ports, Shipping and Waterways signed a memorandum of understanding (MoU) on June 15th for the development of seaplane services, calling it a “game-changer”. The move aims to enhance seamless connectivity and give a boost to the tourism sector.