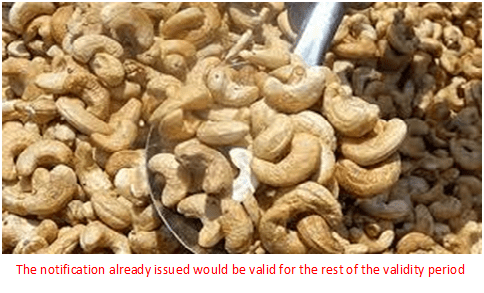 The government has suspended the Cashew Export Promotion Council of India (CEPCI)’s powers to issue or renew RCMCs (registration-cum-membership certificates) for exports.

In a notice, the Directorate-General of Foreign Trade designated the Agricultural and Processed Food Products Export Development Authority (APEDA) as the agency authorised to issue RCMCs for cashew kernel, cashew shell liquid and kardanol exports with immediate effect.

The notification clarified that the RCMCs already issued by CEPCI would be valid for the rest of the validity period, said a report.