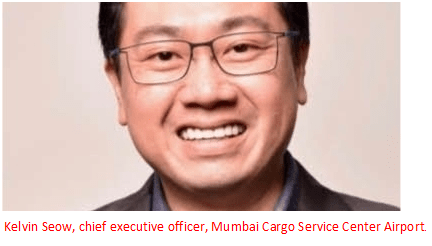 In his role as the CEO, Kelvin will be managing the operations to expand MCSCAPL's business in major air cargo handling markets across India.

He replaced Venugopal Bangera who went to become the managing director of Compass Air International.

As CEO of MCSCAPL, Kelvin takes the lead in the organization's business development outreach in India.

"As CEO of MCSCAPL, Kelvin takes the lead in the organization's business development outreach in India. He will take a pivotal role in establishing MCSCAPL synonymous with trust and reliability. Among the key focus areas for him are operations, business development, and technology that would give the required boost for regenerating the Indian air cargo industry," noted CSC in a LinkedIn post.

Kelvin has over 20 years of work experience in the aviation industry. Of which, 10 years in India for ground handling, cargo handling and consulting.