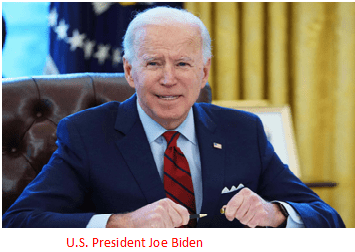 Congestion and delays in the supply chain continue to be a major headache for the nation’s retailers and now the National Retail Federation has asked President Joe Biden for a face-to-face meeting to discuss what can be done to improve the long delays.

These delays have added significant transportation and warehousing costs for retailers

“The supply chain disruption issues, especially the congestion affecting our key maritime ports, are causing significant challenges for America’s retailers. The congestion issues have not only added days and weeks to our supply chains but have led to inventory shortages impacting our ability to serve our customers,” NRF President Matt Shay said June 14 in a letter to the president. “In addition, these delays have added significant transportation and warehousing costs for retailers.”

Many people remain hesitant about returning to work

“A number of vessels taken out of service when volumes were low remain in drydock while others are delayed in congested ports, which face a lack of manpower both because of COVID-19 illnesses and the tight labor market,” said Ben Hackett, founder of Hackett Associates. “Supply chains are finding it difficult to keep up with demand as shipping capacity struggles. Many people remain hesitant about returning to work, affecting ports, rail, trucking and distribution centers.”

In Shay’s letter to Biden, and other top officials, he said that 97% of retailers surveyed by the NRF say they have been impacted by the port and shipping delays. Some 70% of them said they have had to add two to three weeks to their supply chains because of the port delays.

“We continue to work with key executives at the ports and with our transportation providers,” Shay wrote. “We need strong leadership from the administration to galvanize attention to the current situation as well as work to resolve long-standing issues that limit safe and efficient port operations.”

Gene Seroka, executive director at Port of Los Angeles, said during a radio interview with Transport Topics that port congestion will likely continue to be a problem for at least the next six months, especially as facilities begin to ramp up for September when students return to school, followed by the holiday shopping season.

We’ve been buying a lot. We’ve diverted money from other sectors

“We’ve been buying a lot. We’ve diverted money from other sectors. We weren’t going to the ballgames or movies,” Seroka said. “I see the balance of this year being strong. But [first quarter] of 2022, as more of our economy is open and more people are comfortable getting back into the service sector and traveling, I think we’ll see a bit of a difference. I don’t think we’ll fall off a shelf, but we’ll see a more moderate flow into the future.”

The wait time has declined; still, the ports and their workers are stressed

He said the number of ships anchored in San Pedro Bay awaiting berths at either Los Angeles or the adjacent Port of Long Beach has dropped on average to the high-teens daily — down from more than 60 ships in March and April. The wait time has also declined from more than eight days to between four and six days. Still, he agrees with NRF that the ports and their workers are stressed.