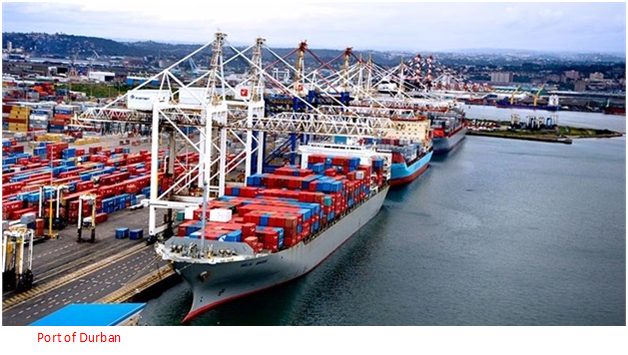 Transnet, the operator of South Africa’s major ports and a national freight rail line, was hit by a major cyber attack yesterday, further disrupting operations at Cape Town and Durban, which have also been harmed by a period of civil unrest in the country this month.

“Transnet is currently experiencing a disruption in some of its IT applications, and the source of this problem is being identified,” the company said in a statement released to customers and posted on social media. “Port terminals are operational across the system, with the exception of container terminals, as the NAVIS system on the trucking side has been affected.”

Satellite tracking from MarineTraffic shows a double-digit number of ships backing up at both Durban and Port Elizabeth, with the start of a queue also beginning to form outside Cape Town’s terminals.

A local truckers’ association told customers yesterday it does not expect any cargo to move in or out of Durban until the cyber attack is fixed.

Operations at South Africa’s major ports were severely disrupted earlier this month after days of violent protests in response to the government’s recent arrest of former president Jacob Zuma.

Durban was Africa’s busiest container port for decades but has now slipped into third place behind Tangiers in Morocco and Port Said in Egypt. It ranked third from bottom in a major global port productivity survey carried out earlier this year.